My poor fig tree. It just fell over. My neighbor called me and told me. I never heard a sound from inside the house. And it is full of figs that are not even ripe enough for the birds. 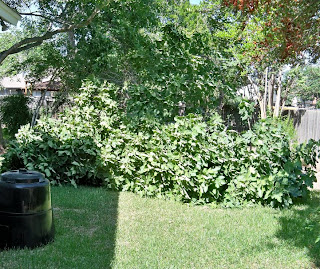 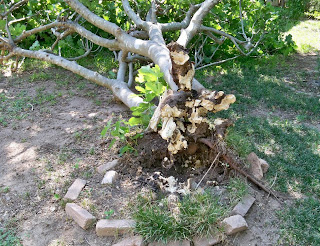 Following Jude's whispering series creates lots of ideas and suggestions. There aren't enough hours in the day to expand on all of them so I thought I'd make some little cloth journals where I could try out those ideas and suggestions. Somehow doing a little sample imprints it on my mind more than just reading or hearing about it. So I made three small journals. The pages are just muslin and there's lots of room to make little samples that will all be in one place.

Found bunches of this wool thread at the thrift store a few weeks ago and decided to experiment with some crocheted flowers. It is all wool so I'm hoping it will felt after being washed. Don't have anything particular in mind----just playing. 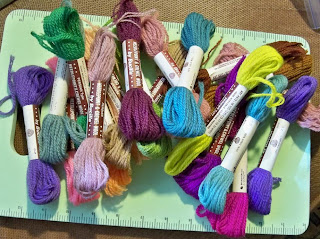 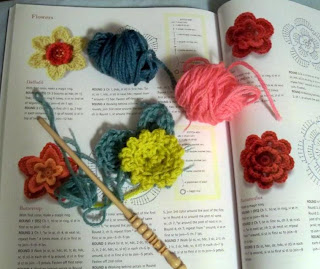 You should read my last post to know what these pictures are all about.
The rescue went well and was fascinating to watch. Here are some pictures I captured.


The dad  was in view while this was going on but did not go to the nest. It was said that this dad was the second mate to this eagle mom. The first dad was hit by a plane in 2002. The eaglets will be taken care of with minimal human contact and then released to the wild.

about 3 hours later: the dad returned to the nest with fish. just stood and looked around for about 20 minutes. appeared to try to figure it all out. he did eat from the fish.

Update on the Decorah Eagle Cam and some sad news

Last week I posted some pictures of the eagles nest in Decorah, Iowa. The eaglets are growing bigger each day and are being well cared for by their mom. Here are some recent pictures.


On a sadder note, there is an eagle cam in Norfolk, Virginia where the eaglets have been thriving and doing well. Yesterday morning while momma eagle was out getting food for her babies she was hit by a plane landing at the Norfolk airport. Here is the news report. The eaglets dad did feed them last night and early this morning but the decision has been made to move the eaglets to insure their continued growth. Here is the statement that was posted:

DGIF biologists have decided that it is in the best interest of the eaglets to remove them from the nest and relocate them to the Wildlife Center of Virginia. The removal operation will take place at 10 a.m.

Hoping all will go well.

I'm trying to finish my heart pieces before Jude's next whispering class begins.

A little bit of garden, stitch and shibori

I'm working on several things at once as usual. Some pieces are just waiting around for some more inspiration. Glennis posted the last shibori lesson but i have just done a little bit of experimenting with that. The garden is taking some of my time these days. It's been weeks since we've had any rain so I'm having to water the potted plants every evening and the yard twice a week as we are on a restricted watering schedule.

Some pictures from the Eagle cam

It's hard not to just sit and watch the wonderful interaction between mom, dad and the 3 babies. Here are some pictures for those of you who don't have the time to watch. Every once in awhile they do some close up shots and I happened to catch them this morning. One of my followers was nice enough to send me a link to the story about the guy who set up this camera. Here's the link to the cam for those of you who missed that post.
Click on the images for a closer view.

Hope you enjoyed the photos. If you know how to identify mom from dad, please let me know.
Posted by deanna7trees at 1:44 PM 12 comments:

An Eagle Cam in Decorah, Iowa

There is a wonderful Eagle Cam in Docorah, Iowa where you can watch the baby eaglets being cared for by their mom and dad. There are videos on the page where you can see the eaglets hatching and their progress. The nest is said to be 6 feet wide. There was snow on the nest when I tuned in this morning. Have a look. It is fascinating to be able to watch them so closely. And there are other videos there that are amazing so search around the site.

Flowers are starting to bloom...


Love watching all the plants and flowers grow during this time of year.
Posted by deanna7trees at 9:48 AM 8 comments:

Every April my quilt bee has, what we call, an inedible buffet, even though we do have food. We each make or buy enough gifts for everyone who is participating. So we each get to take home that many gifts. There were 8 of us participating this year and it's always lots of fun. Here's the story in pictures.


We all went home happy.
Posted by deanna7trees at 4:03 PM 3 comments: 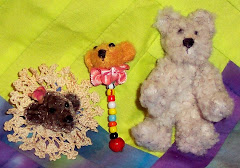 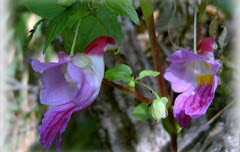